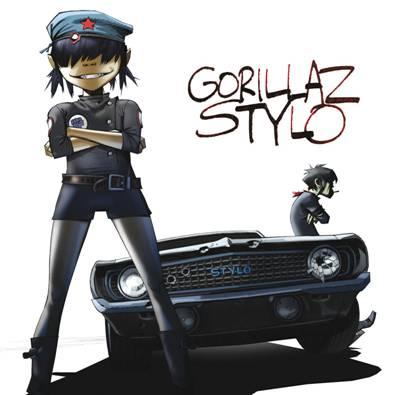 Murdoc: This is a great day! A great day for music, and a wonderful new chapter in the history of the world! It really does speak volumes for the taste of a nation if we've been made the chart toppers. And as I've always said, once we really get into the heads and hearts of the people, we're gonna run riot! So look out suckers, this is just the start! Hail Satan!

Noodle: This is so very good! And a real reward for all the work that went into making this album. There we're moments when I thought the record would never be completed, as the studios we recorded in we're so dark and diseased. It's an amazing journey to watch the evolution of a song. To see it travel from tiny thoughts and sketches on my own, in my bedroom, right through the recording process and then suddenly...they are out there, in the world. They are fully grown...and ...maybe...no longer my own. They now belong to everyone! It going to be a real joy to make a record to top this one. I have an idea to make the third record in 4D using laser beams and holographic CGI instruments.

Russel: I just wanna thank everyone who played on the record. It makes me proud that a record that contains that many different talents has been so well received. So many people put so much into this, De La Soul, Shaun Ryder, Bootie Brown....Dennis Hopper.....everyone. Oh Yeah! Big thanks to Dangermouse. His production on this record is just enormous.

Murdoc: Now I'm once again a huge 'chart topping' hero it's just amazing how many of my old friends are back in touch. So yeah! A big shout out to all the 'ladies of the night' down in Mexico. A bone fide cheque covering all the er.. 'costs' is now in the post. Er..sorry for the mix-up with the er...blank ones.

2D: I think it's really funny. Murdoc's tryna play it cool and act like he's not that bothered about it, but secretly I know he's over the moon about the album doing so well. It's funny Murdoc's 40 this year, and he's spent his whole life acting like a rock-star and tryna to get a band to work this big. And now that's it's finally happened he's almost too old to enjoy it. It's like queuing to get into a nightclub all night, and when they finally let you in, the place is closing. GORILLAZ
The Fall ya a la venta